In July 2011, I along with seven other adventurous individuals of the Financial Planning Industry successfully climbed Mount Kilimanjaro in Tanzania, Africa. We did this climb in aid of Amani Children’s Home.

Initially, I had set three goals. Two were announced when I began this project and the third was not “unfurled” until I had surpassed the first two.

The first is my “Base Camp” Goal of $5,895 which represents the height above sea level of Mount Kilimanjaro as expressed in metres. The second is my “Summit” Goal of $11,000. This represents the year 2011. Third and last was my “dream” was $19,340 representing the imperial height of Mt Kilimanjaro in feet above sea level. Just prior to my departure to Africa, this was attained. Donations continued to flow and by the end of August 2011, I had exceeded $24,000!

While I have wrapped up my active campaign for this adventure, I am still accepting donations for Amani. At present I have received support from just under 200 generous donors. If a few more good souls wish to assist, we can top the 200 mark. 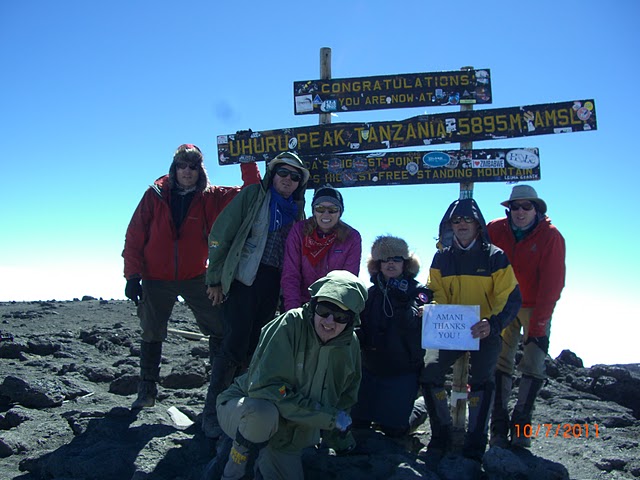 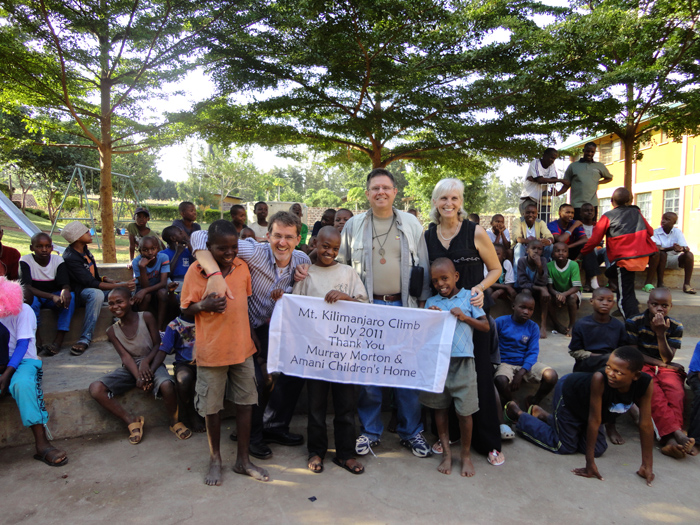 I personally paid for all costs of participating in this adventure. 100% of the donation went directly to Amani Children’s Home. Amani is a registered charity in both Canada and the United States and all contributions will receive a tax deductible receipt.

To help keep costs down for this grassroots project, they do not use VISA or other credit cards or online providers to solicit funds. If you would like to “join” me in this project by making a donation, please mail to my office a cheque payable to Friends of Amani Canada. I will forward all cheques directly to Amani. Please send cheques to my attention at my office: 3 Gardenvale Rd, Toronto, Ontario, M8Z 4B8

Here are three links you may enjoy;

The second is a short video taken when we arrived home on July 16th:
http://www.youtube.com/watch?v=j7ZjONMo_Ww

The final is the original video initially used when I was preparing for the journey. It is about 15 minutes in length and outlines the work that Amani Children’s Home accomplishes:

Thank you for your consideration and, hopefully, your support. 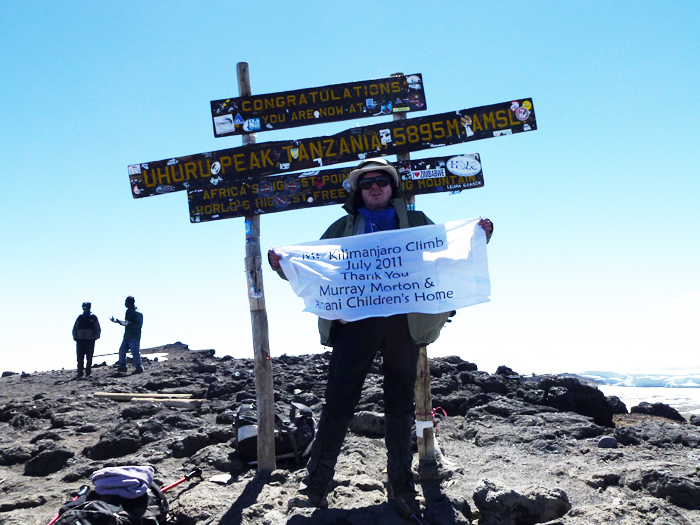